In the past decade, China has become a serious competitor for established world powers. Even though the middle kingdom is currently struggling with Trumps trade tariffs, the productivity still amounted to an impressing 6.5% in 2018. The GDP per citizen has increased by 7,7 % between 1970 and 2015 whilst the United States registered a relatively moderate growth of only 1,4%. Despite high productivity, the Chinese income per capita remains comparatively low, especially by contrast with western states. 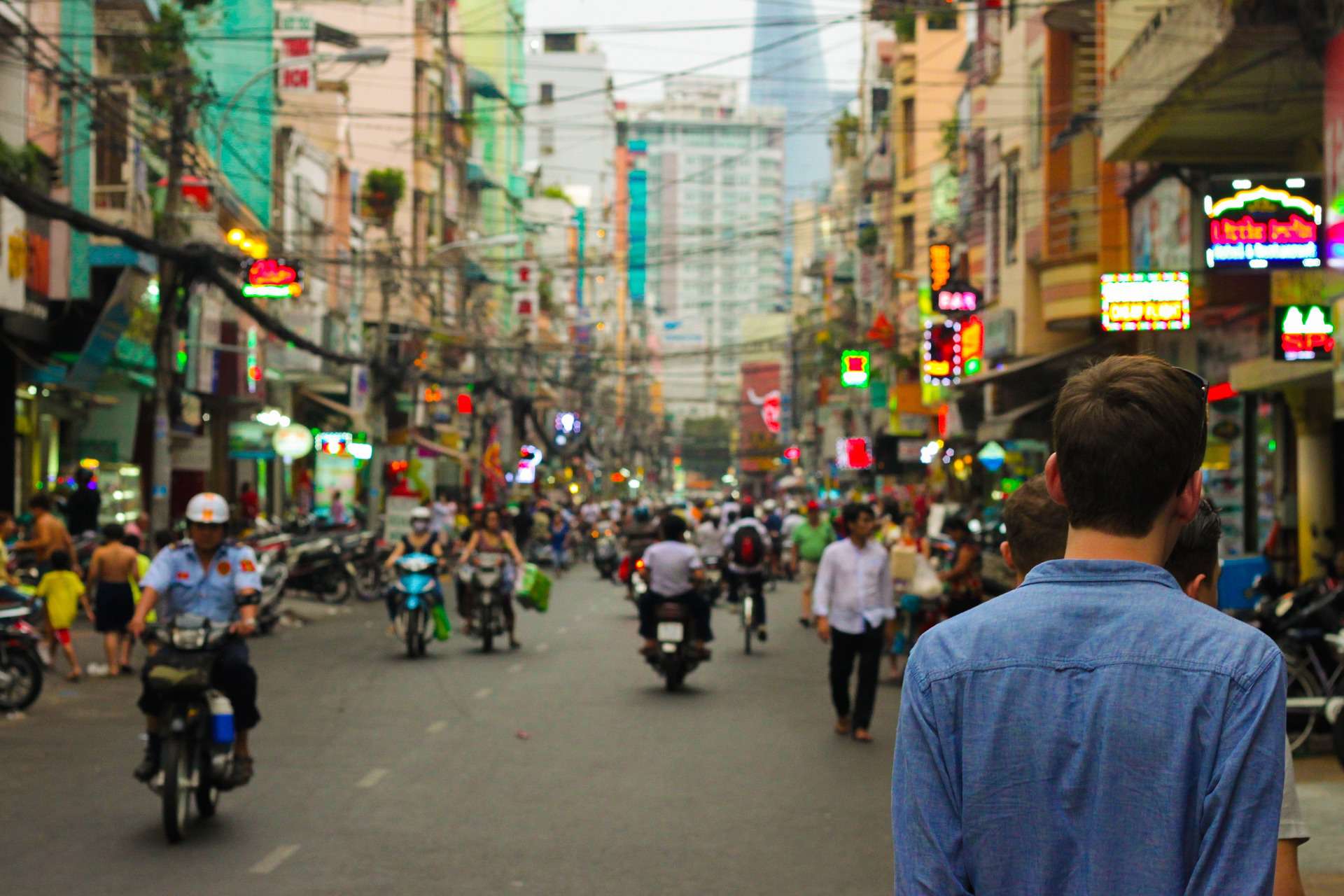 However, it is no secret that China is willing to take the next step in order to consolidate their position among the most powerful countries in the world. A key driver to ensure long-term economic stability will be the transformation of a manufacturing nation into a nation of services. The Chinese government has identified two crucial technologies to make this shift happen – Blockchain and Artificial Intelligence (AI).

In 2016 the People’s Republic of China has released its 13th 5-year plan giving the public an outlook on future governmental targets. The report displays to the public how the country wants to ensure economic growth within a timeframe of 5 years. Blockchain and AI are the two main technologies mentioned in this context. This clearly indicates that China strongly believes in the implementation of cutting-edge technologies and has identified them as a major boost for their future economy.

The overall negative display of news in combination with fake news have resulted in the public’s conviction that China has an unequivocally negative opinion on the Blockchain technology. Notwithstanding the foregoing, the crackdowns of massive mining farms and bans of cryptocurrencies do not seem to tell the full truth about China’s attitude towards Blockchain. If you actually start to connect the dots you will realize that China is actually a great supporter of decentralized networks. 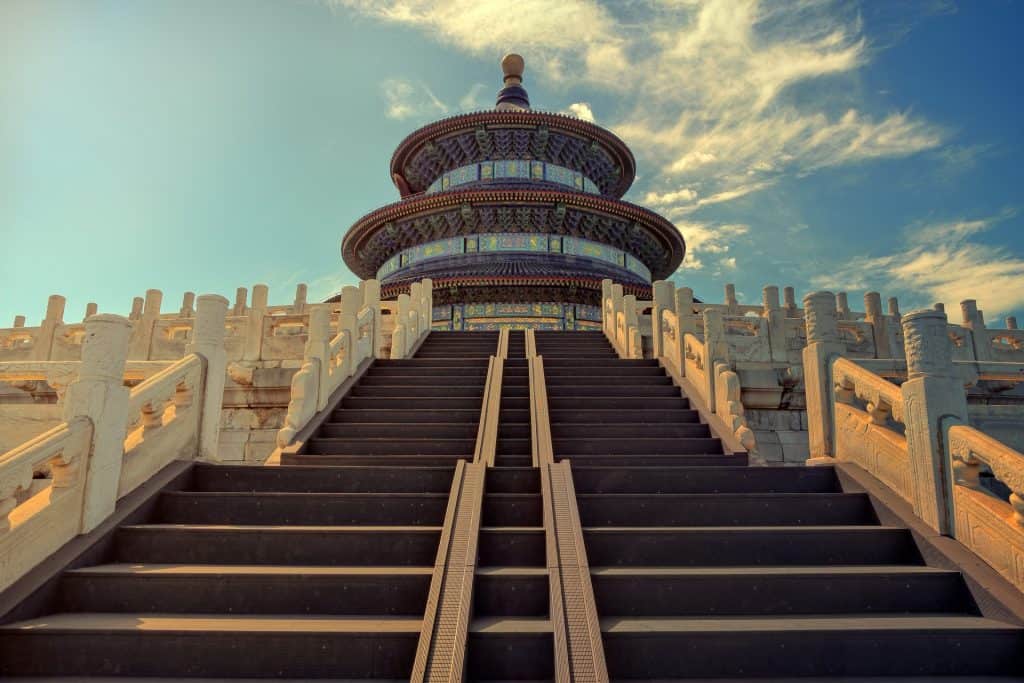 The chairman of the People’s Bank of China (PBoC) has announced that the launch of a central bank-backed currency will be „inevitable “. Many experts are observing this trend. Jeremy Allaire, CEO of Circle as well indicated that the current movement is heading towards a centralized form of decentralization. From a governmental perspective it seems very attractive to introduce a new centrally issued version of currency that contains at the same time all positive characteristics and advantages of a Blockchain. Currently issued Fiat currencies are still facing major problems among counterfeiting, privacy protection and availability. In March 2018, a subsidiary of the PBoC has released its first Blockchain platform with the aim to decrease bureaucracy. Even if there is no evidence, it is not presumptuous to assert that China will soon release its own Blockchain based version of currency. China’s president in the name of Xi Jinping endorsed Blockchain as an „economic breakthrough “. The technology improves transparency and security and governments are starting to realize how to make use of it. All statements above clearly show that China is willing to introduce Blockchain rather than destroying it. The technology eradicates pain points of currencies existing for decades.

For several decades China was used to register record-breaking growth rates. Nonetheless, it is very clear that the Chinese economy has to overcome major issues in order to ensure long-term economic stability. Environmental pollution, corruption, counterfeiting and violation of human rights are just a few to name. Blockchain could possibly be a solution for many of these problems indicated above. See how.

China is suffering from environmental pollution and its respective negative side effects. By emitting 26,4% of the worldwide emitted 35 billion tons of CO2, China is responsible for the highest CO2 output in the world. As a result of exceeding CO2-emissions the living quality for a majority of the 1.4 billion Chinese citizens has become strongly limited. 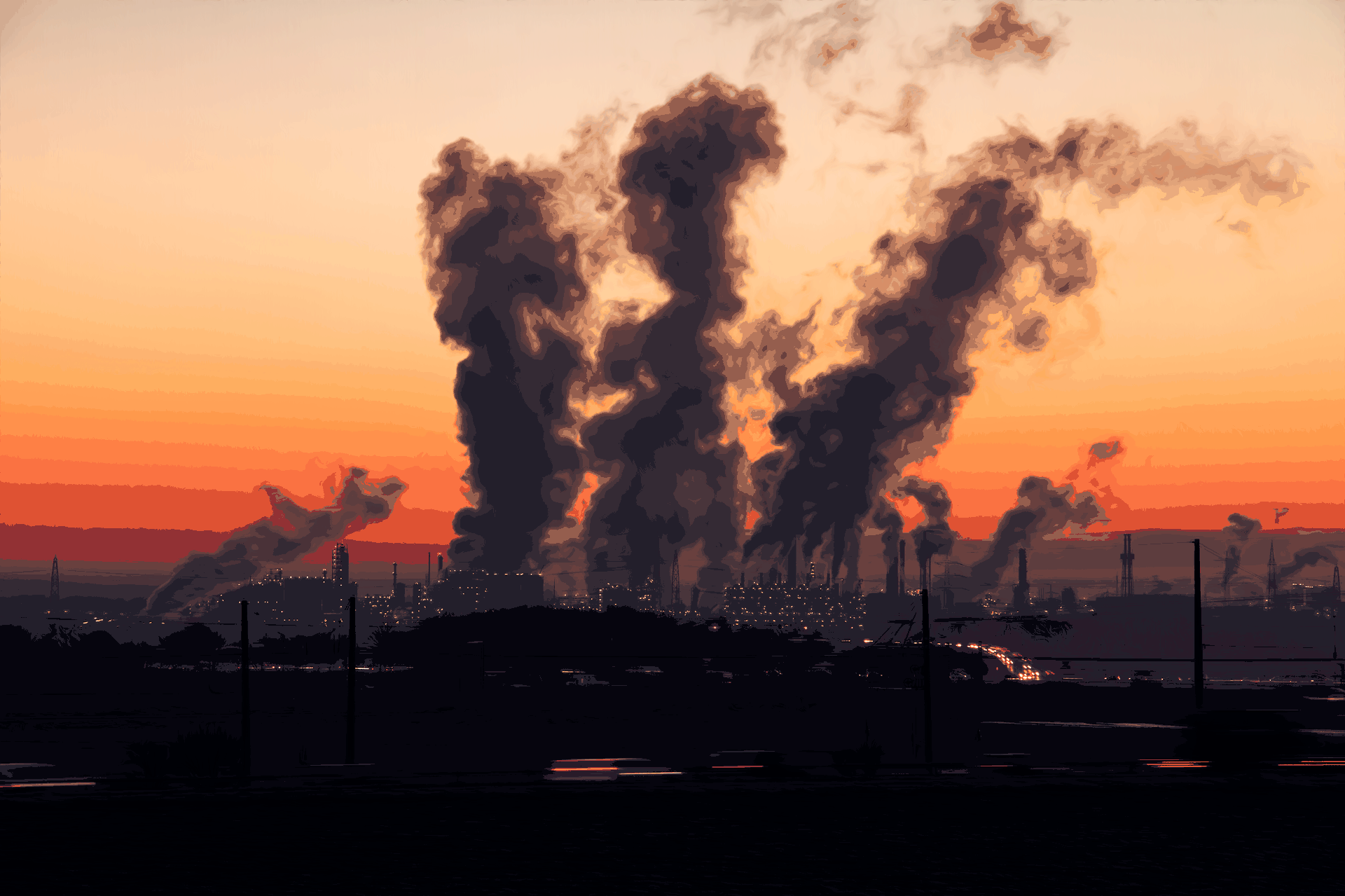 Peking, the capital of China, is permanently covered in thick smog. Families are only able to leave their houses by wearing masks. The polluted air is full of harmful substances threatening the health of people. It is obvious, if China wants to become a world power and nation of welfare, these conditions cannot be tolerated any longer. A so-called carbon bank could possibly solve the issue of sprawling CO2-emissions.

Imagine if every car, every factory and every private household in China would have to deploy IoT-sensors connected to a Blockchain. The sensors could be used to measure and record every gram of emitted CO2 and upload all data at real time to an immutable and trustworthy database, the Blockchain. Governments could then set emission limits and penalize those not complying with them. Thanks to this solution every individual or company will get punished according to the severity level they are harming the environment. Nowadays governments have no instrument to reliably measure and administrate the degree of pollution. Blockchain enables complete internalization of negative external effects by linking IoT-sensors to an immutable, unhackable and reliable database.

Mainly politicians and governments move into focus when it comes to corruption. As well in China corruption has been making the headlines in the past. Blockchain provides new ways to minimize the risks of venality.

Blockchain-based voting systems belong to the most promising application fields of the technology. Around the globe various countries are testing this new form of voting in small scale pilot projects. Blockchain-based voting systems eradicate manipulation as every vote can be tracked, counted and remains digitally immutable. It increases transparency, security and accountability of referendums and will probably replace our current opaque, corrupted and insecure way of expressing the public opinion.

Another way of reducing corruption would be the introduction of Blockchain-based funds of political parties and persons of interest. Enhanced transparency in political campaigns as no money can be hidden anymore. The funds could get tracked by the public, ensuring the integrity of politicians. A public access to a complete and authentic transaction list of those people would newly define transparency in our political landscape. The immutable nature of Blockchain can guarantee that no transaction gets lost or tampered. The immutable ledger records every single transaction and makes sure that no data can get distorted.

Blockchain, the end of counterfeiting?

The Chinese economy is suffering from exaggerating production rates of fake goods. Approximately 70% of all consumer goods on the market are considered to be counterfeits. The annual economic costs due to illegal distribution of counterfeits add up to 20 billion dollars. In China 30‘000 bottles of fake wine are getting sold every hour. This astronomical and threatening numbers show that the government has to seriously tackle the counterfeit industry. Blockchain allows for alternatives to resolve the problems of counterfeits. 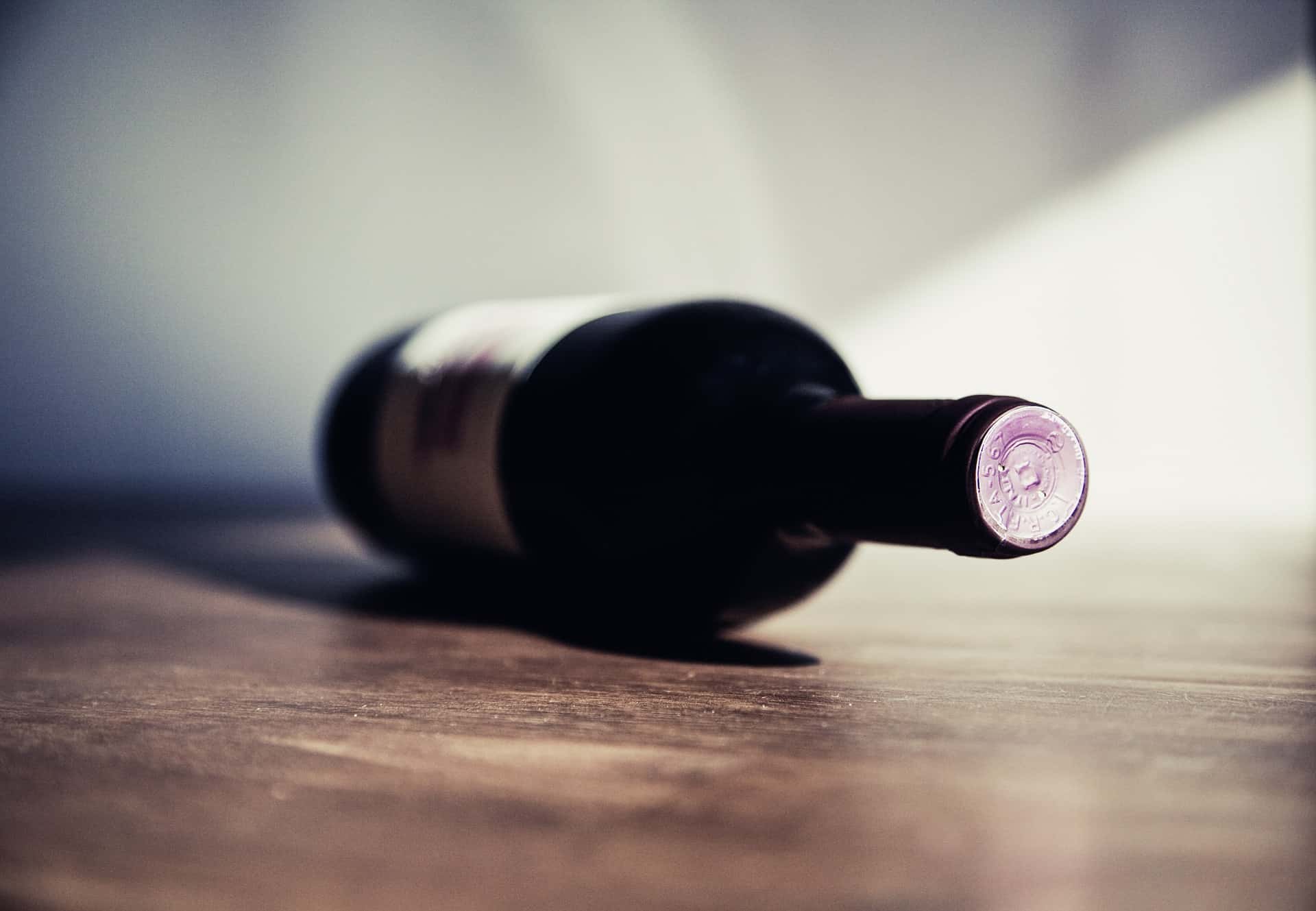 Nowadays, most consumer goods are being sold in a nontransparent way. If we buy a ready-to-eat-package of food, we do not get much more information than kilocalories and the origin of production. The lack of transparency, tracking and availability of information for the consumer is alarming. But exactly enhanced transparency might be the key to combat illegal counterfeits. We are currently missing essential data e.g. if our food was handled and transported correctly or some proof of authenticity or certificate guaranteeing the quality of the product. Even expensive luxury bags do not have some kind of authenticity verification. The customer has to fully rely on the producer’s information. This huge information gap between consumers and producers is a major problem accountable for the existence of the counterfeit industry. Buying fake products on purpose is one thing but buying them unintentionally is a whole different kind of story.

The power of smart cities

Besides the PBoC, as well the Chinese government is examining modern technologies in pilot projects. With 1’000 ongoing smart city projects, China is taking in a pioneering role. With its large population of  nearly 1.4 billion people the need of intelligent and efficient cities is imminent. 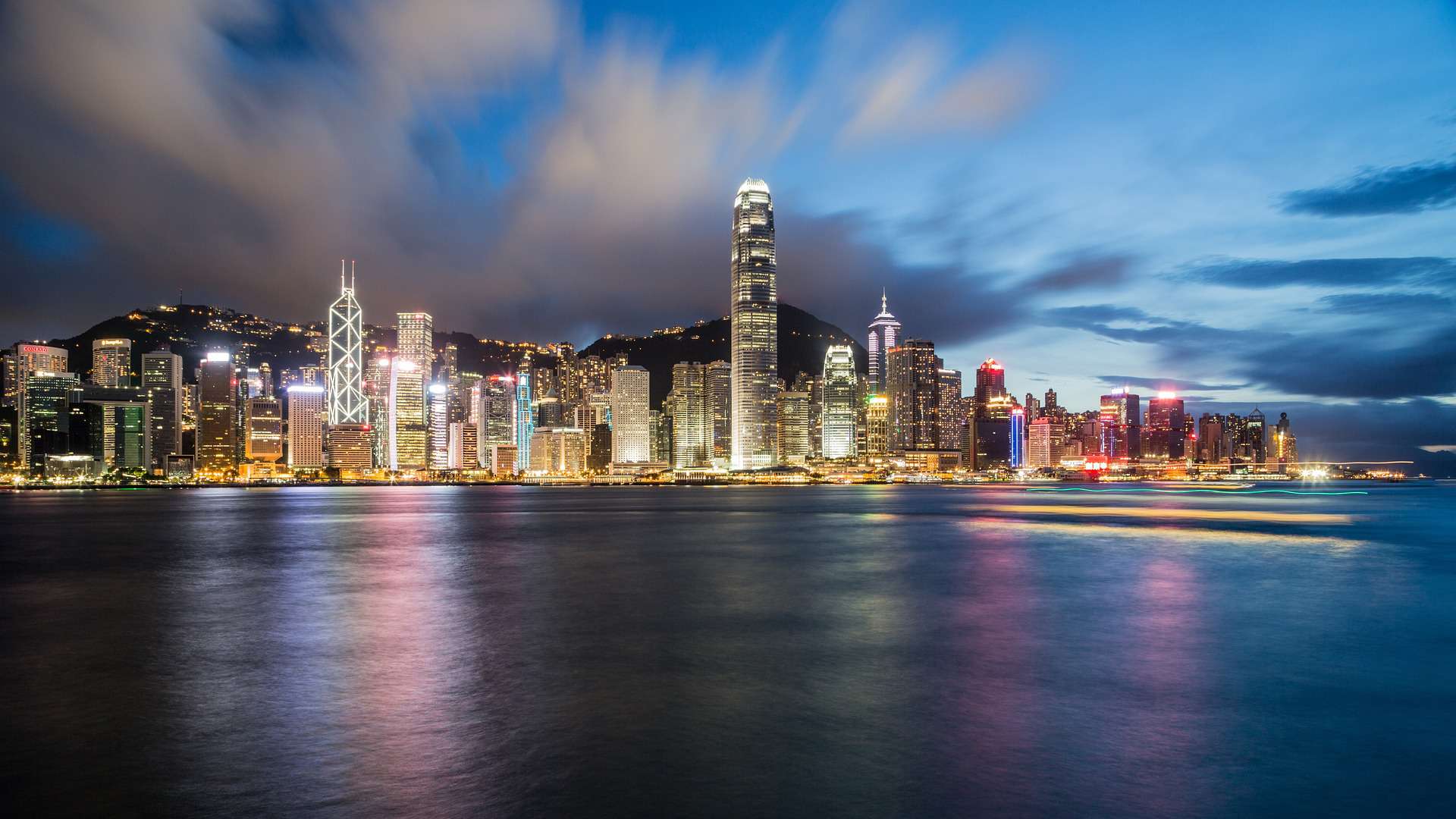 Smart cities are managing traffic, transport, energy and disposal in a cost, time and energy efficient manner. They set incentives and connect all various kinds of devices with each other to create a highly communicative and responsive environment organizing a city in the most effective way. This hyperconnected build-up is often constructed on top of an IoT-platform. Artificial intelligence enables automated but self-intelligent management decision-making processes without human interventions while decentralized cryptocurrencies are facilitating automated and fully secure exchanges of values without the need of exploitative intermediaries. Who is not dreaming of a refrigerator that automatically orders your favorite food at home for the best possible price in town? Who is not dreaming about a self-driving car that will refuel itself as soon as needed? Although this might all sound as if it was out of the script of a science-fiction movie, developments show that we are not that far away from this new reality.

Guiyang, the capital of Guizhou, is one of many economic development zones currently undergoing intensive smart city testing. The city is located in the western, economically weaker part of the country. If the pilot will be successfully completed, experts expect China to deploy smart city solutions on the basis of Guiyang throughout the whole country. The Blockchain provider of Guiyang is Vechain, mostly operating in the supply chain management sector. Enhanced privacy protection, analyzing tools for massive data streams are just a few pains which must be solved. We are curious about the outcome of Guiyang. Just imagine a future where China’s mega cities will be running on gigantic IoT platforms, just astounding.

China’s politicians, authorities, banks and experts have already stated that they are willing to implement Blockchain and AI. China’s leaders have identified those technologies as key factors to boost their economy. Blockchain and AI will contribute building up a highly productive and efficient environment.

The young generation of China wants a more transparent, accountable and open political system. The government has realized that Blockchain offers several ways and opportunities to reinvent the political landscape and to create new economy sectors.

Overall, it is pleasing that Blockchain and politics are going hand in hand in China. There are wide range of promising projects and indicators what to expect from China in the near future.

Scroll to Top
This site uses cookies: Find out more.